Episode 33: A Life With Furpose 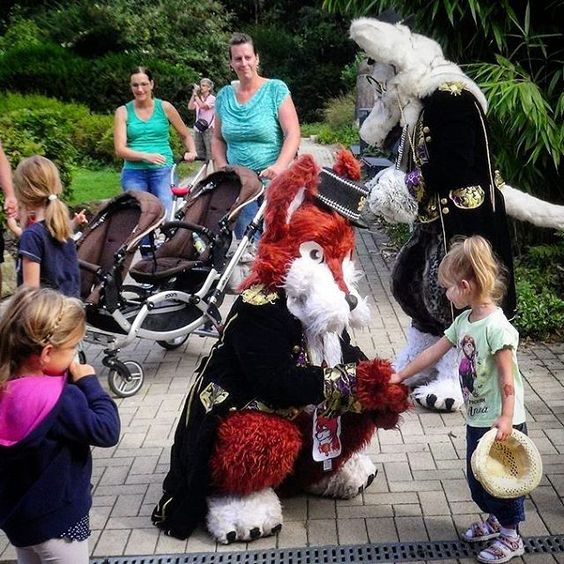 By its simplest definition, anthropomorphism is the attribution of human characteristics to nonhuman objects or entities. With roots going back over 30 years, the concept of anthropomorphic characters as a fan-based portrayal, or the furry fandom, in more modern parlance, is a substantially sized and diverse group that gathers worldwide in their own convention settings, as well as online forums, social network groups, and other in-person and virtual meetings.

Like many fandoms we've covered in the past year and a half on In Defense Of, there is a close and very active community within the furry fandom, one that extends beyond their social gatherings, into music, literature, and the arts, charitable fundraising, and nonprofit organizations. Broadcast media has had a tendency to pick and choose what aspects of the fandom are reflected, but when fuller research is done, it becomes clear that like any science fiction or comic convention, sports fanatics or other group of enthusiasts, the community rallies together for conversation and enjoyment of their common interests, and in this case, those interests often center on a brief escape into a fictional character, acting out for a while, and enjoying watching others immersed in the same.

This episode, we're joined by furry community member and convention attendee Nate, as well as Dr. Samuel Conway, chairman and showrunner of one of North America's largest and longest-running furry conventions, AnthroCon. With their contributions to the conversation, we get a fuller understanding of the furry fandom and the upbeat and fun-loving community that has grown at the heart of it.